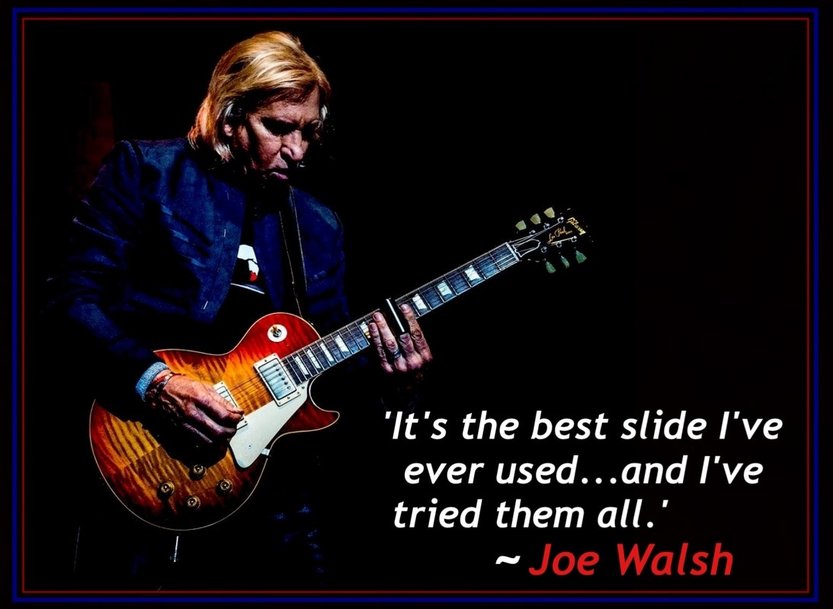 It took me six years of countless hours of research and development to come up with what I truly believe is a totally unique slide, and without a doubt, one of the finest guitar slides on the planet. I wanted it to be a one of a kind slide, and more than just an offspring of an already existing item, like a wine bottle neck, or an aspirin bottle with the label pealed off, it had to be a completely new slide, engineered to create a whole new playing experience.
My slides start off as a solid bar of aerospace grade titanium which is then transformed into a truly unique slide. And through a proprietary process I developed, I have given the titanium a tone that no other slide will ever be able to achieve.  As one of my happy customers told me recently..."Furious Slides are a modern design for a timeless sound", I couldn't agree more, thanks Andre!
I could spend hours telling you what an amazing slide the Furious Slide is, but I’d rather let the artists testimonies below do the talking.

Many thanks,
Charles Faucher

Some of the Great Artists Currently Endorsing Furious Slides 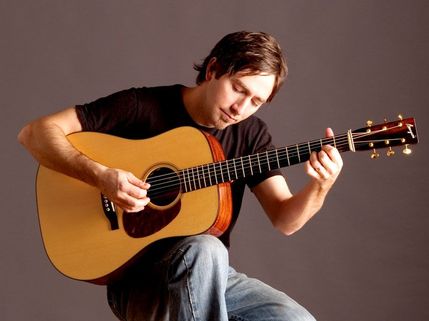 'Heck of a slide. I must say, I ran in to Charles while I was on the road with Lyle Lovett and his acoustic group where he passed along to me one of his slides. I started utilizing it on the acoustic guitar for a solo or two during the show. It sounded fabulous but honestly, I didn’t realize just how good it was until I misplaced it and had to buy a backup slide 'off the shelf'. No comparison. Not even close. I’ve since found the missing Furious Slide!. I’m not sure if it’s the titanium or the heavy weight , or both....but there’s a HUGE difference. Snag one or two! Cheers!'
~ Keith Sewell
(Lyle Lovett) 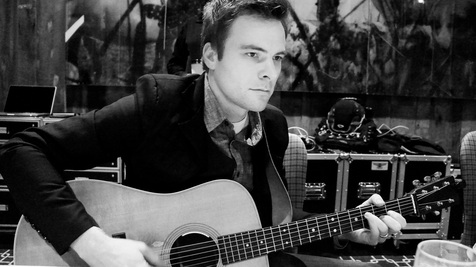 'Charlie has found the way to marry the better parts of metal and glass in these well crafted titanium master pieces! I've long been a glass slide user (and have littered many a stage with smashed glass shards I might add) but it never translated well on acoustic for me. These do. Bell like and less "trashy" than brass or metal, these slides are just right. YOU SHOULD HAVE ONE! '
~ Justin Weaver
(Wynonna, Band of Love) 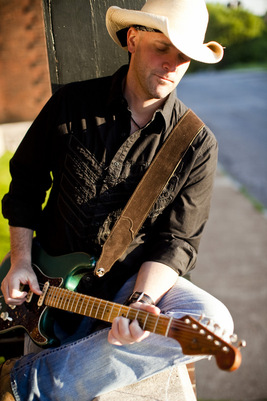 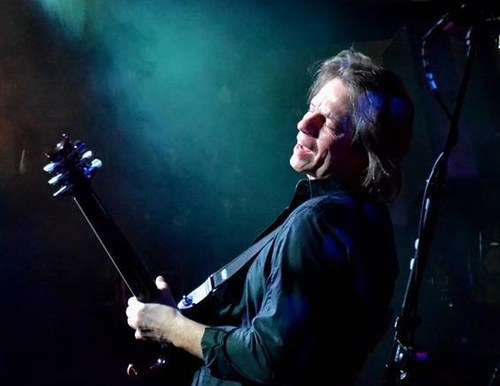 'There’s manic energy that emerges from a players soul when he picks up a guitar and plays it. It’s raw, it’s pure and it’s sexy. My Furious Slide helps me capture that energy and spit it out with uncompromising emotion.'
~ Rich Eckhardt
(Toby Keith) 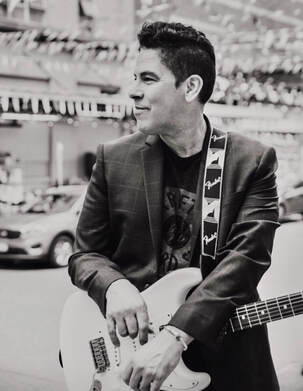 "First of all, the slide feels great on your finger...I'm a 4th finger guy, and it's a smooth and perfect fit. And after that you notice the sustain...I seem to relax and hold notes longer...I come from the Lowell school primarily, and with a little compression and delay it's the strat slide tone I've loved all my life. I recommend trying the Furious Slide to all my guitar playing buddies"
~ Will McFarlane
(Muscle Shoals Session Player with credits such as Bonnie Raitt, Etta James, Bobby Blue Bland, Levon Helm and Josh Stone, to name a few. And Member of Big Shoes) 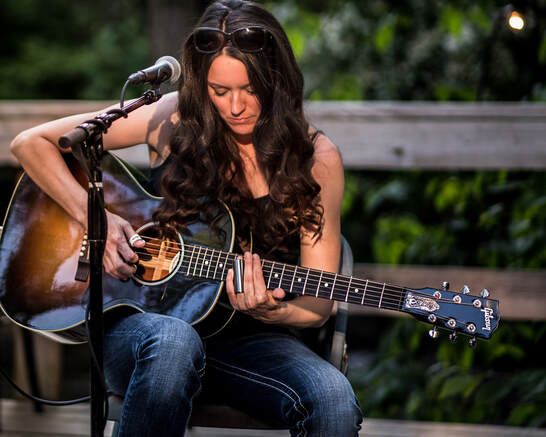 'Back in the day, a blues player would use whatever was available as a slide. They’d pick up a broken bottle, a knife, a steak bone... these are the legends and folklore from the delta that kept me stubbornly using a little piece of brass pipe for years. Then I picked up a Furious Slide and noticed an immediate improvement in my tone. These slides have some serious mojo - the perfect combination of sweetness and grit. Charlie has managed to use modern technology to make the sounds of the past come to life for me in a way that I didn’t know was possible. I am obsessed with this gorgeous titanium slide...'
~ Heidi Holton
(Acoustic Blues Artist) 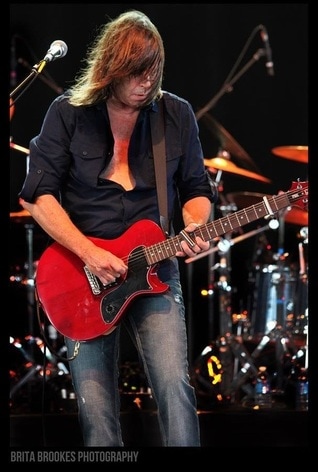 ​'These slides are unbelievable, really! The density of the metal and the surface finish of the Titanium is perfect for slide playing. I used my Furious Slide for at least eight songs on my “Blues On Fire” CD, couldn’t put it down!'
~ Pat Travers 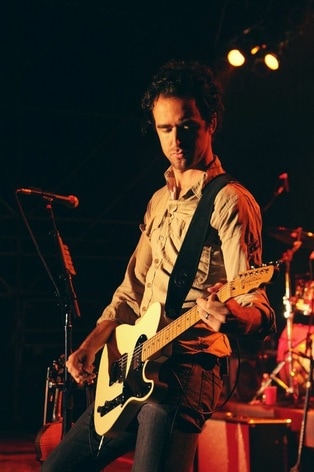 ​'Without question, Furious Slides are the best I've ever played. They sound great on electrics, and really shine on acoustic and resonator instruments as well. Smooth, warm, and full of sustain without the shrillness of a typical metal slide. Love 'em!'
~ Dan Hochhalter
(Dierks Bentley) 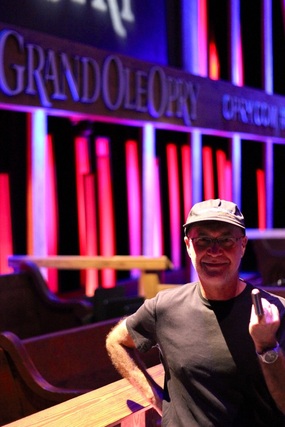 ​'I’ve finally found a slide with the tone, sustain, and lightness of ceramic, but one that won’t break if I drop it! I love the feel of the Furious Slide, and since it offers such control I can use it on guitars with low action without hitting the frets. These are my 'slides for life!'
~ Kerry Marx
​   (Staff Guitarist-Grand Ole Opry) 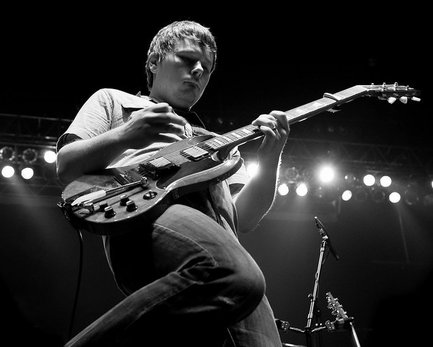 ​'My Furious Slide sounds like glass with a little somethin extra going on around the note in a really cool way. It sustains forever and sounds right at home on acoustics, too. I've had mine for a week now, and I'm picking up my glass slides a lot less.'
~ Justin Ostrander
(David Nail, Sara Evans, Tiffany) 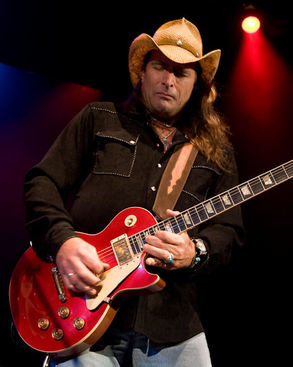 ​'These slides are BADA$$!! Anyone looking to buy a slide, look no further!'
~ Robby Lochner
​     (Jack Russell's Great White) 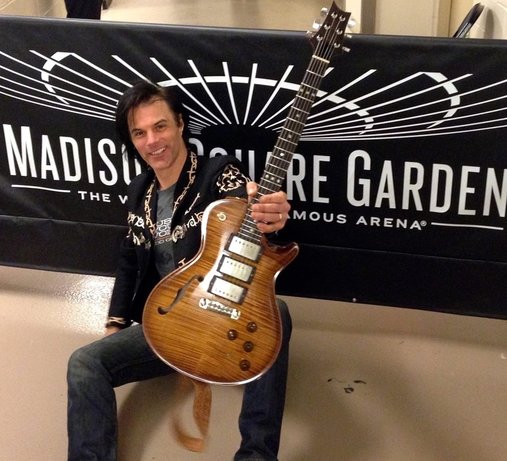 'Justin Weaver was at my regular Monday night gig in LA and we started talking gear and he said  I HAD  to check out one of Charlie's Furious Slides. I've tried all of them at one time or another...have a sack of them lying around… I've got glass, brass, metal, plastic, aluminum, a beef bone, and a shell casing from a .50 cal I picked up in the Iraq desert on a USO tour.  None of them have  the combination of  feel, comfort, and tone that Charlie's does, tho. We slide players expend much effort in noise dampening and intonation and placement and this slide makes it so easy...almost feels like cheating! Thanks Charlie for producing a beautiful and inspiring piece of gear. It's now my 'go-to' slide for acoustic, electric, and National.'
~ Doug Hamblin
LA based guitarist and producer
(Stephen Stills Band, Johnny Rivers Band, Steve Miller) 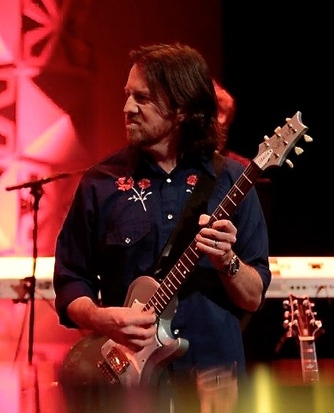 'These slides sound and feel simply fantastic. Closer to glass than brass to me, but still it's own vibe. No drag on the strings and I don't have to worry about it rolling off my amp or stepping on it. Slides are such a personal thing, not a one size / style fits all. I've seen some of the other custom jobs he's done and Charlie is a real working mans craftsman. I take a lightly etched and a smooth Furious Slide to every gig / session'
~ Bryan Ewald
(Artist/Clinician Paul Reed Smith guitars, Rachael  Yamagata) 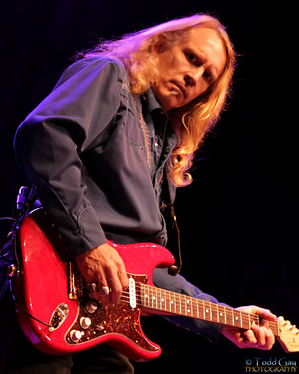 ​'Do yourself a favor and pick up one of these. After playing slide for 42 years it is absolutely the best slide I have ever used!!!'
~ Billy Crain
​      (Billy Crain Band, Outlaws, Blackhawk)

'I just put away all my other slides for good. Charlie and Furious Slides have amazingly blended the smoothness of glass with the attack and snap of metal. No need for a glass slide for this or a metal slide for that. This does it all. The perfect slide.’
~ Brian Layson
(Dierks Bentley) 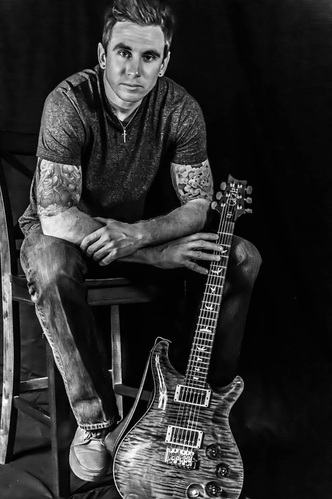 ​'I first met Charles backstage at Arizona Bike Week just before I was getting ready to take the stage with Laura Walsh. We both talked shop and that is when he first introduced me to his company of Furious Slides. Charles was kind enough to give me one of his slides to try out and automatically I was hooked! The tone, playability, and overall feel of these slides is HANDS DOWN in a class of its own. My old "Go to" Glass slide has now been set aside, and my Furious Slide has now become my number one and only option.' 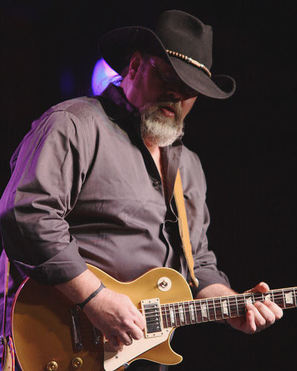 ​'I love my Furious Slide, it's great in all aspects. The weight and balance is excellent and the tone is very unique. It's almost like a perfect cross between glass and brass.'
~ Rick Willis
​     (Marshall Tucker Band) 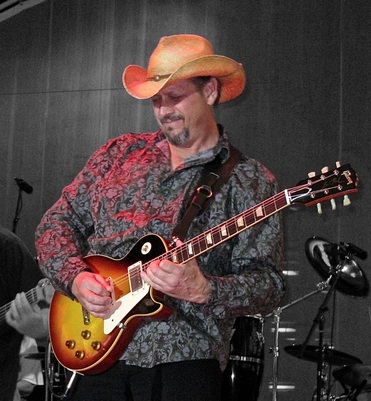 'I met Charlie when I was living in Arizona. He came to a gig I was playing and gave me a little bag containing a Furious Slide as a "Welcome to Tucson" gift. I had no idea how great it was until I started playing it on my Les Paul. The mellow tone of glass and the sustain of brass. Tone of scorpions and rattlesnake venom with a touch of howling coyotes. And it won't break. Perfection! It's the best slide on the market'
~ Eric Heuschele
​     (Artimus Pyle Band, Mother Grundy) 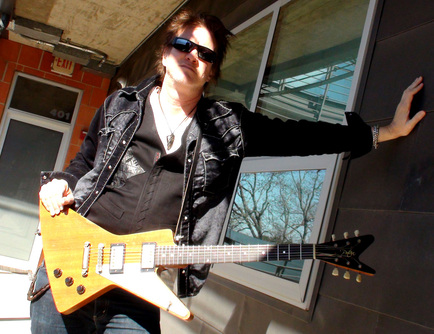 'I love the Furious slide. To me it sounds like glass and gives me that tone big time when I am looking for the glass tone. Lovely piece, wonderful company and great tool for what I do.'
~ Lance Keltner
(Artist, Austin Texas) 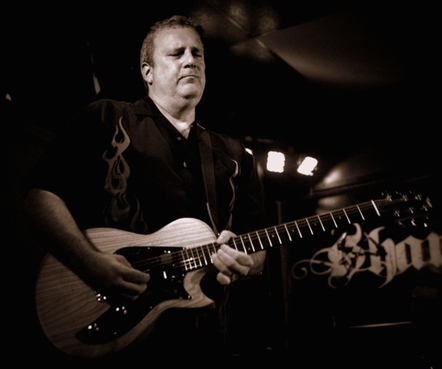 'Furious Slides are revolutionary! They actually make me a better slide player. All the extraneous noises are gone. These slides have an especially sweet mid range tone which reminds me a little of a cocked wah pedal. Once you try one, you're hooked.'
~ Eric Sands
(Man On Fire) 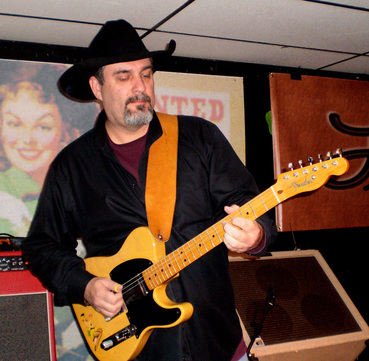 'I love my Furious Slide! I used it with my Tele running through my Dr. Z, and it sustains the notes longer, much longer than brass or chrome with less string noise when lifting the slide off the strings and returning for hammer style licks, and it has a really nice tone and still has a lot of bite too, and it's light weight so I have more control over what I'm playing, but the most notable thing was the sustain...it was insane!'
~ Jim West
(Artist, Denver, CO) 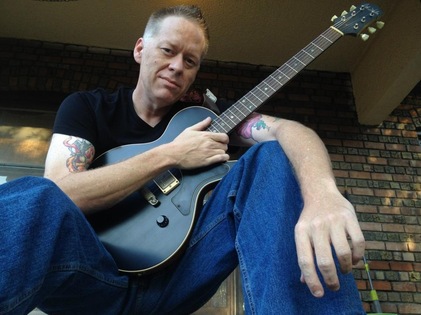 ​'I've tried them all, but I wish I tried this one first, because this is the last slide I'm ever going to use'
~ Mike Sydloski
(Lords of Sounds, Cheapness, Miss Olivia & the Interlopers) 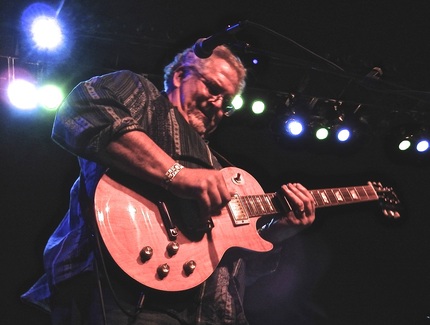 'There isn’t just one thing I like about the Furious Slide. I’ve been playing slide for nearly 40 years and I’ve used everything, stone, glass, chrome, steel, synthetic, ceramic, varieties of glass, copper, and brass. Most recently for electric I have preferred Aventurine Stone because of their tone. The titanium Furious Slide is clearly for me the closest thing to the tone of the stone period. However I don’t ever have to worry about cracking or breakage.  The weight and balance is excellent and the rounded edges and polishing is simply amazing. The technique that Charlie has come up with to create a natural “drag” on a metal slide is incredible.  Most metal slides of any type are very screechy with a great deal of unwanted overtones even using the best damping techniques on both hands. This technique not only has that pleasing drag a lot of slide players want and need but there is a sweetness to the tone that up until now you could only get with glass or stone. I love my Furious Slides.  I have one for electric and one for acoustic and my resonator.
Thanks for such a great product Charlie!'
~ Jeff Engelbert
(Crosscut Saw) 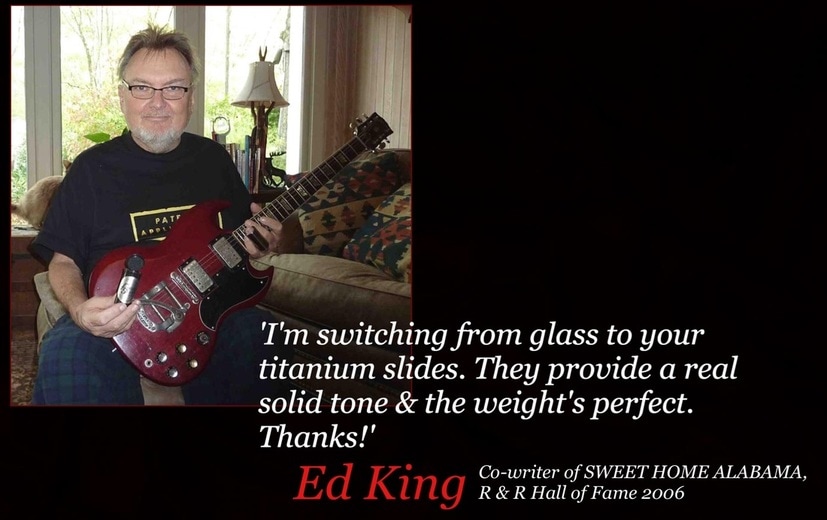